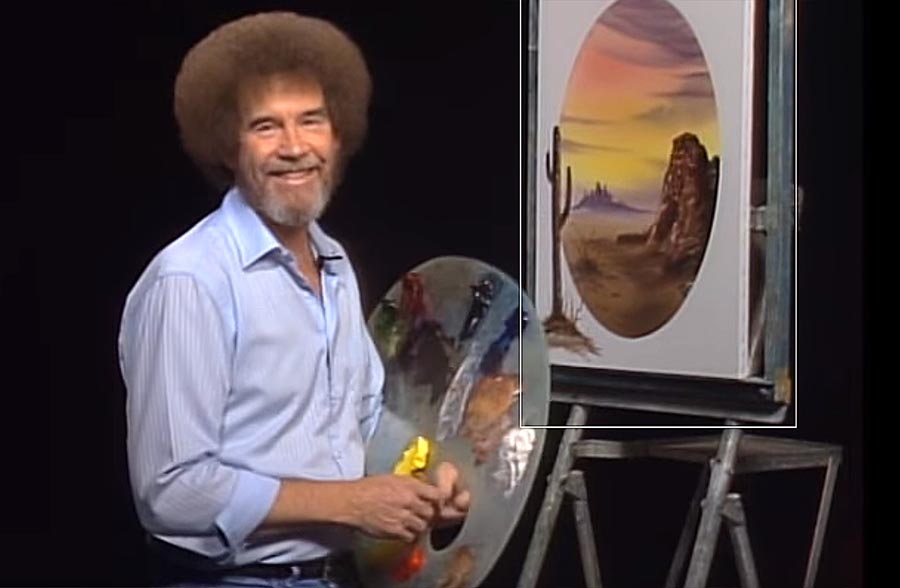 Forbes’ recent article entitled “What The Bob Ross Estate Fight Can Teach Business Owners,” says that the documentary shows how Ross’ business partners Annette and Walt Kowalski profited from his talents and reputation, by taking control of his name, image and likeness.

Now the Kowalskis fully profit from sales of Bob Ross paint brushes, paint and other art materials; Bob Ross paintings sometimes sell for $8,000 to $10,000. Their business Bob Ross Inc., or BRI, is now run by the Kowalski’s daughter Joan. She issued a statement calling the documentary an “inaccurate and heavily slanted portrayal of our company.”

The contracts that “The Joy of Painting” host signed with the Kowalskis eventually prevented Ross’ son from getting the rights to his dad’s name, work, and money. According to the film, Ross didn’t care about the business side of his enterprise. Instead, he let the Kowalskis secure favorable terms for themselves in contracts and other agreements with Ross, which they took the lead in creating. When Bob Ross Inc., or BRI, was founded in 1985, it was set up with equal partnership shares between Ross, his second wife Jane and the Kowalskis. Annette met Ross when she took one of his painting classes. Walt had retired from a career in the CIA.

The agreement said that if one of the four partners died, his or her stock in the company would be equally distributed among the surviving partners—not to an heir. Ross also signed over his name, image and likeness (or NIL) to BRI for specific business endeavors, according to court documents. However, Ross had The Bob Ross Trust, which he established in 1994. Under its terms, at Ross’ death, the interest in all rights to the painter’s NIL would transfer to his half-brother Jim Cox and son Steve. However, Ross made another legal mistake: giving 51% of the interest to Cox and only 49% to his son, making Cox the executor of the trust and the person charged with carrying out Ross’ wishes.

In 1997, two years after Ross died, Cox folded to legal pressure from the Kowalskis and signed over Ross’ entire NIL to the couple. Steve Ross sued the Kowalskis in 2017, alleging the trust gave him the rights to his father’s NIL and intellectual property, but he lost the case.

Here are some lessons for family and small businesses that can be learned from Bob Ross’ estate planning mistakes:

4 Differences Between a Testamentary Trust and a Revocable Trust

Should a Married Couple Have a Joint Trust or Separate Trusts?

Protecting Your Aging Parents at Home

Estate Taxes and Gift Taxes for 2023

Speak With an Attorney