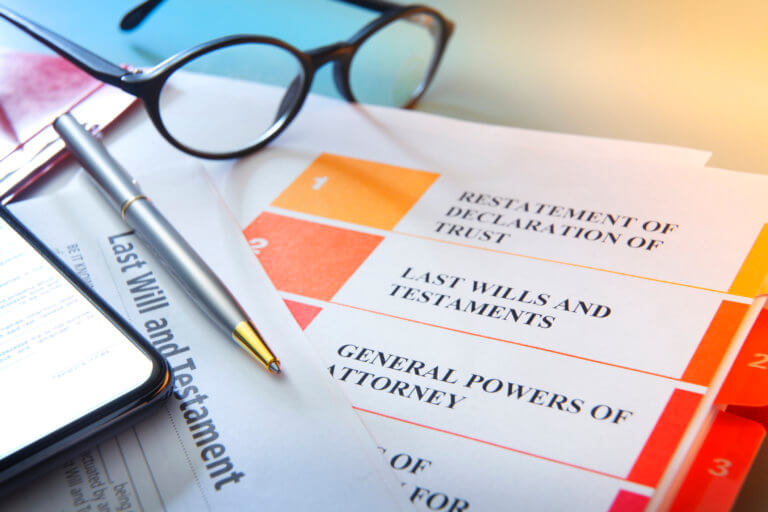 Eugene Brown passed away in his home in mid-August 2015 at the age of 93. The neighborhood mail carrier noticed that Eugene hadn’t been on his front porch to greet her as usual for the last five days, so she called the local police who found Mr. Brown.

It appeared that Mr. Brown lived a very simple life. The 810-square-foot house had very limited furniture. There was no bed; only a foam bedroll. There was no stereo, TV, computer, or cellphone. A 1984 Ford pickup with 74,000 miles on the odometer was in the garage. No will or contact information for family members was easily found in the house.

Mr. Brown never married or had children. His two siblings had pre-deceased him. He had lived in the house by himself for the previous 39 years. The only proof in the house of communication Brown had with a relative, were many letters from a distant cousin that he received over the years. He had responded to her with letters typed on his manual typewriter.

They couldn’t find any estate planning documents or information about immediate family members, but they did find that he had bank accounts and various mutual funds, when added to the truck and house totaled an estimated $2.7 million. He was meticulous about tracking all of his finances on a regular basis with a ledger.

A couple of months after the funeral, Brown’s lawful heirs were finally found. They were his sister’s children: a niece and three nephews, who thought Brown had died years ago. There’s no proof that any of these relatives communicated with Brown in recent years, and yet they inherited Brown’s estate. One nephew spent his $387K inheritance on a high-end Cadillac, four motorcycles, and trips to casinos. It’s doubtful that’s how a frugal man like Brown would have wanted his money to be spent.

From information found in his house and insight from Brown’s investment advisor (whom he talked to twice a day every day for years), Brown had strong feelings about the Catholic Church. It seemed clear that Eugene would have wanted at least some of his life savings to go to Catholic charities.

The problem with not doing your estate planning is that the state gets to decide who receives your money. So, the money you’ve carefully saved could end up in the hands of people you might not even know or like. It’s important to do your estate planning so that your hard-earned assets get distributed exactly the way you want.

As an experienced estate planning lawyer in Massachusetts, I can help you set up your estate plan to ensure that your wishes are followed. They’re your assets and it should be your choice what happens to them. Please contact me at info@maheritagelawcenter.com or 617.299.6976 to set up a free, confidential consultation.

PrevPreviousWill vs. Trust: What’s the Difference?
NextChoosing a Guardian for Your Children in MassachusettsNext

4 Differences Between a Testamentary Trust and a Revocable Trust

Should a Married Couple Have a Joint Trust or Separate Trusts?

Protecting Your Aging Parents at Home

Estate Taxes and Gift Taxes for 2023

Speak With an Attorney